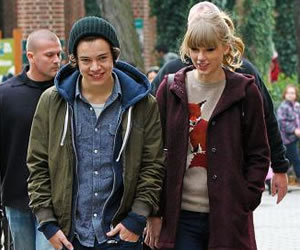 The former couple Taylor Swift and Harry Styles – who split earlier this month following an argument during their new year holiday in the Caribbean – have patched up their differences following showdown talks in London, and they will reportedly seal their reunion at the NRJ Music Awards in Cannes, France, this weekend.

A source told that “Taylor realised she was being a bit full-on. “She is now more relaxed about their relationship. She intends to enjoy it more rather than worry about where it could eventually lead. “Harry is not the sort of guy you can stay mad at for long. She’s given him some space and it’s done them both a world of good.

“What happened over New Year is now a distant memory.” Harry, 18, is said to be planning a number of romantic gestures for the ‘We Are Never Ever Getting Back Together’ hitmaker in Cannes, where they will stay in the same hotel. Following their split earlier this month, Taylor – who has had several failed relationships with stars including Jake Gyllenhaal, Joe Jonas and John Mayer – was said to have been left “embarrassed” by her love life after she was mocked at the Golden Globes and during an episode of ‘Saturday Night Live’.

A source explained: “The jokes being made about Taylor’s love life embarrass her. – Femalefirst