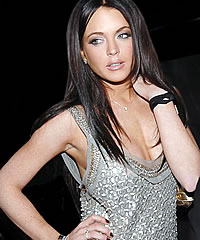 Actress Lindsay Lohan is in again but not for acting this time. She is going to model in Milan Fashion Week coming up this weekend and will walk the runway for designer Philipp Plein’s Spring 2012 collection. Mischa Barton was the face of the brand last year and now Lilo is the new one.

I don’t know How She Does it